This piece is inspired by the earlier Sit 'n Stare series, but uses a circular arrangement of LEDs rather than a rectangular grid.  Seven round panels are mounted in a staggered grid (resembling a daisy, sometimes), and additional LEDs are aimed sideways in the six gaps between the circles, matching the colors of the nearest LEDs on the front faces.  The circuit boards are mounted on a fabric covered frame that adds depth while preserving the overall external shape.

The circuit boards with the LEDs are black, and are covered with a sheer black organza overlay.  The side panels of the frame are covered in matching black fabric.

The LEDs are animated in a variety of hypnotic patterns, many of which are sound reactive.  It can be set to play in a “demo mode” that automatically cycles through a variety of pre-defined effects, or you can use manual switches built into the frame to select a pattern that will play continuously.  The brightness and color settings can also be controlled with an optional iOS App. 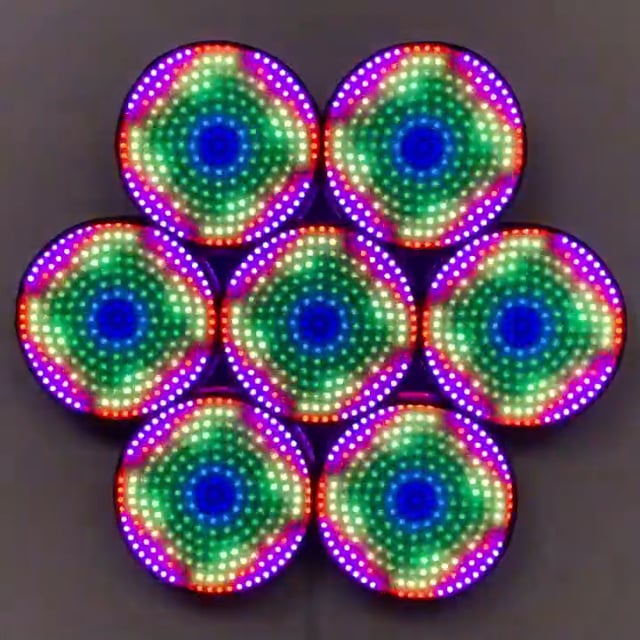