Janet Hansen creates illuminated objects, using LEDs with custom electronic controls and a variety of structural and diffusing materials, including faux fur, organza, and other textiles.  Formats include framed wall hangings and soft sculptures, as well as larger installations that allow the viewer to be fully immersed in the emitted light field. These designs often incorporate geometric patterns and other mathematical phenomena, and feature bright color combinations, including rainbows.

The LEDs display animated effects that encourage prolonged engagement, and may assist in visual meditation practice. Some modes are intended to be soothing and calming, with gradual transitions in brightness and color. Other effects are more dramatic or energetic, with pulses that move in response to ambient sounds or music.

Janet’s work reflects her life-long interest in merging art with technology. While pursuing a BS in Engineering at Harvey Mudd College, she took art classes at the other Claremont Colleges, including several semesters at Pomona with Karl Benjamin, who introduced her to the hard-edge colorist painting technique. She went on to earn a PhD in Bioengineering at UC San Diego, and spent several years working in the aerospace industry. Some of her paintings from that time period are derived from her experience with computational meshes and finite element models.

In the late 1990s, Janet began to combine electronics with her costume-making hobby, and discovered her passion for wearable technology. She founded a lighted clothing company, Enlighted Designs Inc., and became a specialist in fabric-mounted lighting with miniature controls. Over the past 20+ years she has developed the custom hardware, software, and installation techniques that she uses for mixed-media fine art as well as for clothing, costumes, accessories, and stage props. The wearable forms of her work are used by a diverse collection of international clients, including professional musicians, dancers, Broadway shows, and theme parks. 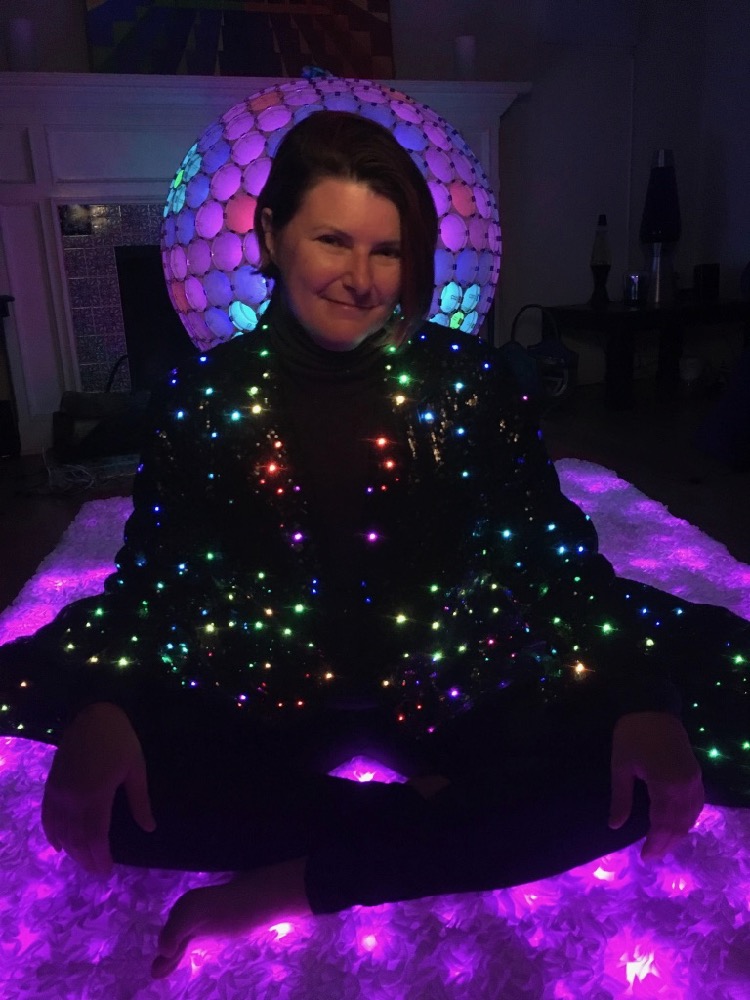